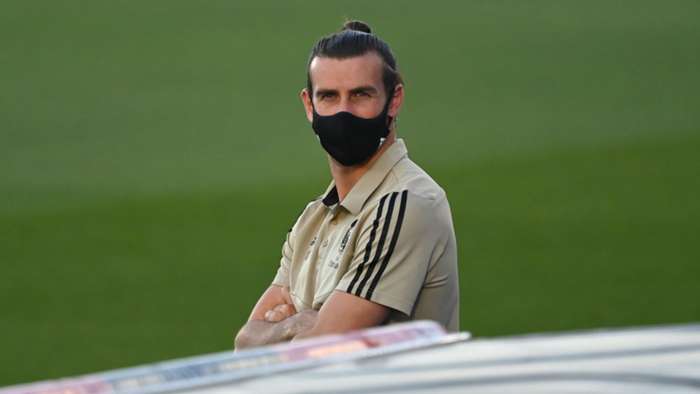 Zinedine Zidane said Gareth Bale's absence from Real Madrid's squad for their draw with Leganes was a "technical decision".

The Wales international seems set to leave the La Liga giants after making just two appearances since the season resumed last month, with his behaviour while on the bench being questioned.

James Rodriguez has been left out of the past five matchday squads – with personal reasons cited initially – and Zidane discussed the duo after finishing the La Liga campaign.

"You know what happened with one James. The other is a technical decision," the Madrid coach said, via AS.

Luka Jovic, meanwhile, came off the bench for what was just his second appearance since the coronavirus-enforced break.

The forward has been linked with a move away after scoring just twice in 26 appearances in his first season in Madrid.

"As always when I talk about Luka, what I say is that he is young," Zidane said.

"He has talent, but it has been a difficult season for him, especially with injuries.

"Of course things that have happened to him, I trust him. We will see next year."

Despite the La Liga season being over, Madrid stiill havetheir Champions League last 16 match against Manchester City to come next month- which they currently trail2-1 heading into the second leg at the Etihad Stadium.

Zidane says his players will be allowed some time to relax, but is adamant the next few weeks will not be a holiday.

"Until the last second we are going to fight to go to that final,but now you don't have to think about the Champions League.It is time to rest and think about gathering strength.The final stretch has been a tremendous effort.Now we all need some relaxation.This is what we are going to do.

"After these four or five days off, we go back and think about the Champions League.No stress or worries."

Madrid were far from their best against Leganes but Zidane refused to be too critical of his players.