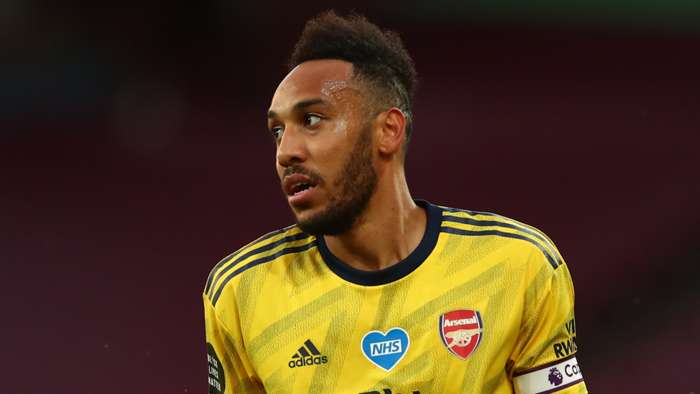 Pierre-Emerick Aubameyang has revealed why he turned down a number of "good opportunities" to extend his stay at Arsenal.

The Gunners seemed to be getting nowhere with negotiations over an extension, and the 31-year-old refused to be drawn on transfer rumours following his star turn in theFA Cup final victory over Chelsea on August 1.

However, the prayers of fans across the red half of north London were answered when Aubameyang signed a new deal on September 15, which will keep him at Emirates Stadium until at least 2023.

The Gabon international has now explained his decision to remain on Arsenal's books, crediting head coach Mikel Arteta and the club's supporters for helping him make up his mind.

"Two things persuaded me to stay," Aubameyang told Sky Sports ahead of a Monday night clash with reigning Premier League champions Liverpool. "The first thing was Mikel Arteta, because since he came in he brings a lot of positivity and a new philosophy for us.

"I think that was important because it matched my game and I feel that I can improve with him. I think this was the key factor and as well, the love that I receive from the fans and the whole club.

"Everyone is treating me very, very good, so I feel at home and that's why I'm staying.

"We had a chat during lockdown and we were supposed to talk about a game and he said 'okay, forget about it, we're going to talk about the future' and he asked me what I wanted to do.

"I was like 'I feel good since you came, I'm improving, and the philosophy is very, very nice so I just want to stay' and he was like 'I'm sure if you stay you can leave a legacy, but it's all about you and what you want.

"Of course, you can leave and go for trophies in big clubs as well but I think you can create a legacy here in this great club.'

"This was the key message to me and after that conversation, I was like 'okay, it's all clear for me and I just want to stay' and that's it."

The experienced centre-forward, who has hit 71 goals in 112 appearances for the Gunners since his switch from Borussia Dortmund in January 2018, says that although he considered leaving the Emirates at one stage, his emotional ties to the club ultimately proved too strong for him to walk away.

"I was thinking about it to tell you the truth because I had good opportunities as well," Aubameyang added.

"But this feeling to be here - the love from the fans and all the club - I'm not sure that by leaving I will receive the same love, so that's why I'm staying.