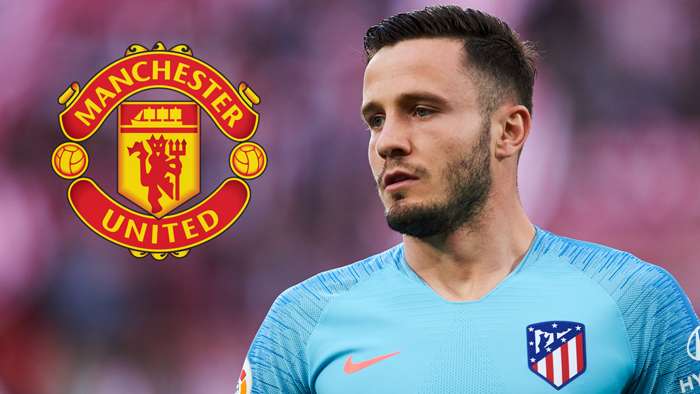 United were reportedly planning a summer swoop for Saul earlier this year, as Ole Gunnar Solskjaer aimed to strengthen his options in the middle of the park at Old Trafford.

Red Devils legend Rio Ferdinand was among those to endorse a potential move for the 25-year-old, as he said on Instagram Live: "I think he’s a major player.Composed, calm, great left foot, lovely conductor, he can score goals, tactically he’s very aware.

"Saul Niguez is huge and it’s come out in the papersthat Man Utd are interested in him, but we’ll have to wait and see."

Speculation over the Spain international's future went into overdrive when he teased he'dbe joining a"new club" on social media in May, but he ended up announcing the formation of a new youth team in Alicante instead of naming a next destination.

Saul has now spoken out on the rumoured interest from United, which he saw as proof of his hard work at Wanda Metropolitano paying off.

Asked how he reacted to being targeted by theRed Devils and being subjected to praise by Ferdinand, the Atletico midfielder told Marca:"Well honestly very well.

"I am very flattered that a club like Manchester United or other teams that ask about me take me into consideration, for me it is very positive.

"And that strong people in those clubs speak well of you means that I am doing things well at AtleticoMadrid."

Diego Simeone's men finished a distant third behind Real Madrid and Barcelona in La Liga last term, before being knocked out of the Champions League at the quarter-final stage by RB Leipzig.

It has been suggested that the Argentine manager's successful era in charge is drawing to a close, but Saul is hopeful that Los Rojiblancoscan bounce back to compete for major silverware on multiple fronts once again.

"At least we have to try and our ambition has to be that, honestly," he said."We have a squad, there is a team to compete with the greats and to fight them for the league championship and all the titles, but we have to prove it, we can't just talk like that.