'Saliba will succeed, it's certain' - Arsenal starlet has 'enormous...

William Saliba has "enormous potential" and he "will succeed" at Arsenal, according to his ex-Saint-Etienne team-mate Harold Moukoudi.The 19-year-old joined up with his new team... 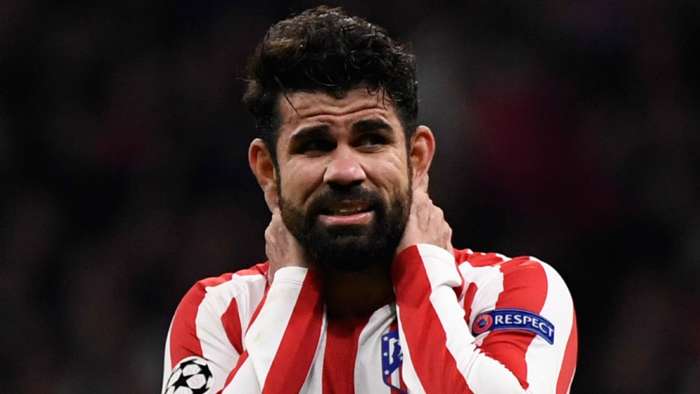 Diego Costa and Santiago Arias have both tested positive for coronavirus and were excused fromreturning to duty with Atletico Madrid, the club confirmed on Thursday.

The Atletico squad were submitted to comprehensive Covid-19 screening the day before pre-season training is set to kick off on September 4, with all of the first team undergoing tests at the club's facility inMajadahonda.

But Costa and Arias were both missing, along with Atletico's international players,with the club explaining that the pair had picked up the virus during their holidays and are currently respecting quarantine protocol.

"Today every member of the first team passed the preliminary tests that the protocol demands for the start of the 2020-21 season in the Ciudad DeportivaWanda in Majadahonda," Atletico explained in a statement released on the club's official website on Thursday.

"The first-team squad was present, except for those internationals currently with their respective national teams and who will be joining the group practices when those commitments come to a close.

"The players Diego Costa and Santiago Arias, who returned their ownpositive PCR tests during their holidays away from Madrid, were also absent.

"Both cases are asymptomatic, they are in quarantine and complying with the protocols of the appropriate health authorities and La Liga.

"For that reason, both players will not join the start of pre-season, scheduled to begin tomorrow, September 4 in theCiudad Deportiva Wanda in Majadahonda, until they have completed the quarantine period."

Arias, who has been linked with a transfer to Everton in recent weeks, spent part of his holidays following Atletico's elimination from the Champions League at the quarter final stage at the hands of RB Leipzig on the Balearic island of Ibiza, the destination also chosen by Paris Saint-Germain trio Neymar, Angel Di Maria and Leandro Paredes - all three of whom subsequently tested positive.

Costa is also reportedly up for sale at the Wanda Metropolitano, with ex-Chelsea boss Jose Mourinho among those linked with the forward with an eye to a possible reunion with his former charge at Tottenham.