'Arteta's done a phenomenal job' - Arsenal 'have a plan' for the first time in 'many years', says Merson

'Arteta's done a phenomenal job' - Arsenal 'have a plan' for the first time in 'many years', says Merson 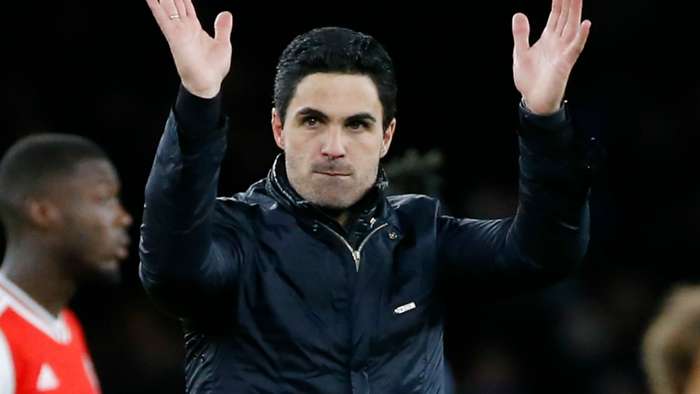 Paul Merson says that Mikel Arteta has "done a phenomenal job" at Arsenal, who "have a plan" for the first time in "many years".

Arsenal have won six of their nine matches since returning from the coronavirus-enforced lockdown, including victories against newly crowned Premier League champions Liverpool and Manchester City.

The north London outfit beat City 2-0 in a pulsating FA Cup semi-final tie on Saturday to book a place in the showpiece event against Chelsea on August 1, thanks to a brace from top scorer Pierre-Emerick Aubameyang.

After the final whistle, Arteta challenged his players to prove they can maintain their recent form for "long periods in a season", while also expressing his belief that the club will have no problem attracting top talent in the summer transfer window.

Merson is convinced that the Gunners are heading in the right direction under the Spanish head coach, and he has been pleased to see his old club "grind it out" against the top sides using an effective brand of counter-attacking football.

The ex-Arsenal playmaker wrote in his latest column for Sky Sports: "Arsenal have a plan, they go and press when they have to, drop off when they don't, they play with high energy and counter-attack as a team.

"They were outstanding against Man City. That was David Luiz - there's no grey area - he's either 9/10 or 4/10. But when he plays like that, he's brilliant.

"Arteta has done an absolutely phenomenal job. It's the first time I've watched Arsenal in many, many years, and they have a plan.

"Man City were up for it in the second half, and Arsenal put themselves on the line. I honestly think he's done a brilliant job. I can't talk highly enough of him.