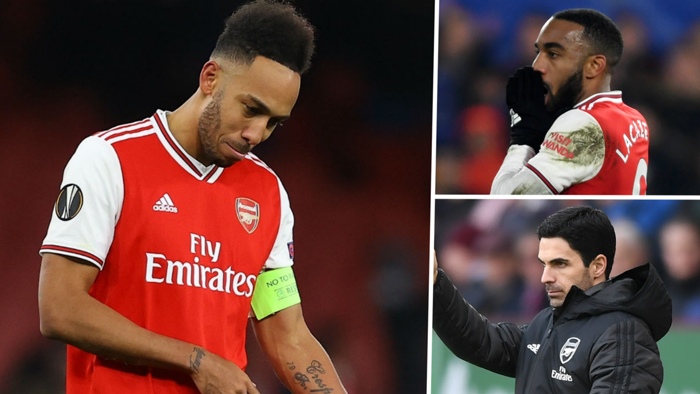 The financial implications brought on by the coronavirus pandemic are expected to make transfer dealings difficult for all clubs this summer, with Arsenal set to be particularly hit because of their £230 million ($290m) wage bill and continued absence from the Champions League.

That has led to many believing they will need to sell players first before getting business done, with the likes of Pierre-Emerick Aubameyang, Alexandre Lacazette ad Matteo Guendozui all being linked with moves away.

While he admitted the club is facing an uncertain time as it approaches the transfer window, Arteta is adamant that selling key names just to bring others in shouldn’t be an option.

“We cannot be a team that has to sell his best player to try to bring in and improve our squad, that’s for sure,” said Arsenal’s head coach.

"We don’t know how the market is going to be. We have seen different things. The way that Chelsea is dealing with the market is different to rest at the moment, but Bayern Munich as well they’ve have been really aggressive.

“Obviously we are putting different plans together to see what we are going to be able to do. At the moment the uncertainty is still big. The way we are going to finish the season will dictate a lot of things financially as well. We have to be a bit patient and see what happens.”

One player Arsenal are widely expected to make a move for once the window opens is Atletico Madrid midfielder Thomas Partey. The Ghana international is believed to be open to a switch to north London this summer, but Arteta was giving nothing away when pressed on his interest.

“I cannot talk about interest or players that play for any other team that is not ours,” he said.

The future of Aubameyang will dominant the headlines as the window approaches, with the Gunners’ top scorer having now entered the final year of his current Arsenal deal. Talks with the frontman have yet to reach an agreement, with Aubameyang admitting the decision to stay or go will be the biggest of his career.

Arteta stated after Wednesday night’s 4-0 win against Norwich, in which Aubameyang scored his 50th and 51st Premier League goals, that he was positive the striker would sign a new deal.

When asked to reveal why he was optimistic, the Spaniard added: “It’s the way I feel, the way I communicate with him, the conversations I have with him, with the people around him and the energy that I sense.

“It’s just my opinion things change in football very quickly, but when you ask me in this moment about Auba’s future, I feel that he wants to continue with us and keep helping us to be a better team.”

Arteta added: “He needs to feel like he belongs somewhere that he believes we can achieve the goals that he has individually and collectively. He’s very settled in the city, his family are settled here as well and he’s loved, respected and admired by his team-mates, which is a huge thing to have in any football club.