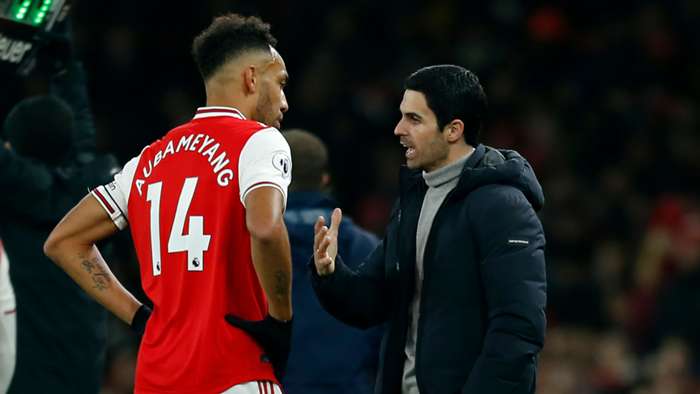 Aubameyang's future at Arsenal has been the subject of increasing speculation over the past few months with the Gabon international contracted until the end of next season.

Arteta is keen to lock down his star attacker to a new contract and feels his side's win over City might be exactly what Aubameyang needed to see.

“Hopefully it will help him to be more convinced we are going in the right direction," Arteta told BBC Sport of Aubameyang post-match.

“We’ve had an incredible week to beat the best two teams in Europe, it doesn’t happen every day.

“I don’t care who plays, I can trust them - we made changes ad everyone was ready. We had to suffer in many moments. We had to be really well organised and minimise the spaces."

On facing off against former mentor Pep Guardiola, Arteta added:“I high-fived him after the game and wished him luck. I love him like yesterday or this morning the same way."

While Arteta was thrilled with the win on Saturday, the Spaniard admitted it was bittersweet considering no fans were in attendance as a result of the ongoing coronavirus pandemic.

"I'm extremely happy and proud of the players. I'm sad that we can't enjoy this moment with our fans," Arteta told BT Sport.

"That's what you need against this team. You have to make the most of the opportunities and put everybody on the line. They are the best team in Europe in the way they play positionally.

"There's a great chemistry between them Arsenal players and they believe in what we are trying to do and you can see that. Congratulations to them.