Arteta: Arsenal need a new Cazorla or Rosicky to fill No.10 role

Arteta: Arsenal need a new Cazorla or Rosicky to fill No.10 role 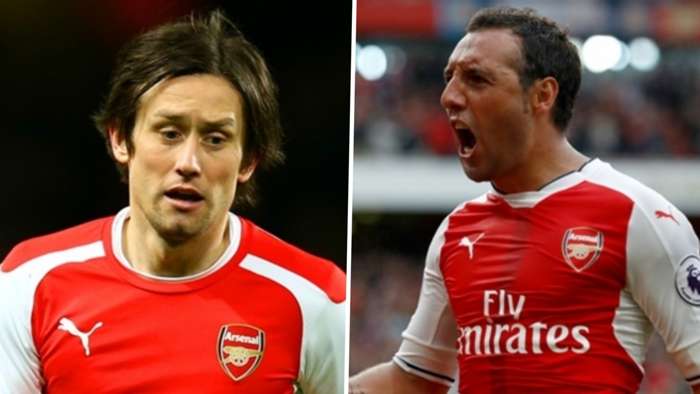 Mikel Arteta is ready to make the addition of another playmaker a top priority for Arsenal, with the Gunners boss looking to bring a new Santi Cazorla or Tomas Rosicky into Emirates Stadium.

Arsene Wenger stockpiled ball-playing options throughout his iconic 22-year reign, with Arsenal favouring a playing style that was pleasing on the eye.

Too much emphasis has been placed on attacking recruits at times, with defensive leaks allowed to spring up.

Arteta is, however, another of those who recognises the importance of having match winners within his ranks and is set to scour the market for a No.10 capable of following in illustrious footsteps.

The Arsenal boss told Sky Sports: “Look at the players that we had in the past at this club in those positions.

“That is a lot of players who are now not here. We have to renew that cycle, because if not, those kind of players won't be there for us anymore. They are a big part of what any squad needs.”

Arsenal already have a World Cup-winning No.10 on their books in the form of Mesut Ozil, but the former Germany international has fallen out of favour amid further questions of his attitude.

“You only have to check his stats and look at what he's able to do in those tight areas without any space… That's all I can say.”

Ozil appears to be very much out of the picture at present, but Arsenal are eager to tie up a permanent deal with Real Madrid for Dani Ceballos and he could be another option to fill a playmaking post.

Arteta said of his fellow Spaniard: “Dani is someone who has the ability to play further up, for sure.