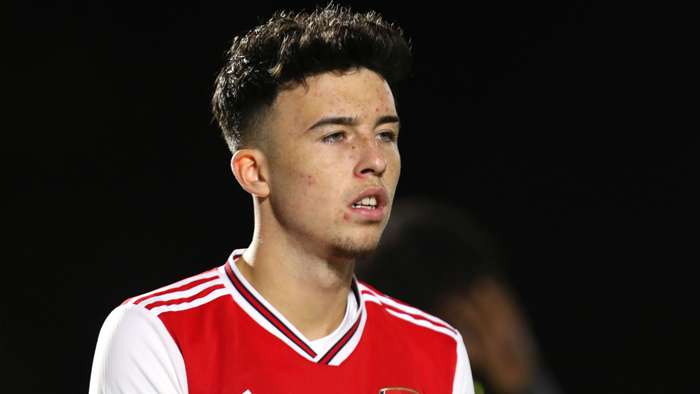 Leeds United have announced the signingof Sam Greenwood from Arsenal.

A centre-forward, who can also operate as a winger, Greenwood has been capped for England at youth level, scoring 12 goals in 14 games for the Under-17 side. He also represented his country at the 2019 European Championship.

Despite his age, the attacker was promoted to Arsenal's U-23s last season and played five games for the Gunners in the Premier League 2.

Following the switch, Greenwood said: “I can't wait to get started. It's the perfect time to join Leeds. The club has such a good pathway for young players to come through I just want to kick on now.”

The youngster also took to social media to convey his thanks to Arsenal after spending two years in north London.

“I want to say a big thank (sic) to Arsenal and the supporters for the last two years of my career. It's been an honour to play for the club while meeting some special people and making even better memories.”

While Greenwood is a prospect for the future, Marcelo Bielsa's side have made a handful of first-team transfers in the current window, with goalkeeper Illan Meslier and winger Helder Costa joining from Lorient and Wolves respectively.

In addition, the club capitalised on the chaos at Valencia, snapping up highly-rated striker Rodrigo Moreno for £27 million ($36m) as they prepare for life in England's top flight.

Arsenal, meanwhile, signed former Chelsea favourite Willian on a free transfer, while centre-back William Saliba arrived at the Emirates from Saint-Etienne, having spent last season on loan as part of a deal to bring the defender to England's top tier.