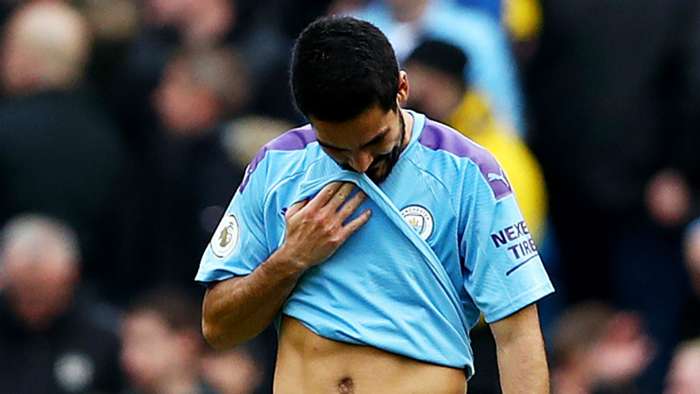 Mikel Arteta's side took the lead with just 19 minutes on the clock when Pierre-Emerick Aubameyang steered a Nicolas Pepe cross into the net following an 18-pass move which began in Emiliano Martinez's penalty area.

The Gunners had chances to double their lead before the interval, but City were able to regroup at half-time before going all out for an equaliser in the second period.

However, as Pep Guardiola's men pressed forward, Arsenal defended resolutely while waiting for a chance on the break, which came when Pepe picked the ball up near the halfway line in the 70th minute.

The Ivorian held it up brilliantly before passing back to Kieran Tierney, who picked out Aubameyang as he raced in behind the City defence.

The 31-year-old kept his composure to slot the ball through Ederson's legs for his and Arsenal's second of the match, and they held on for a famous victory to set up a meeting with either Manchester United or Chelsea on August 1.

Gundogan hasconceded that City fell short of their usual high standards in the first 45, as he told the club's official website: “I think the energy we had starting the second half was exactly what we needed at the beginning of the game.

“Sometimes one very bad half is enough to lose the game and it looked like Arsenal wanted it more to go to the final today which was the most frustrating part.

“We had two kind of good chances in the beginning when we won the ball in front of the Arsenal goal but after that our game was sloppy and slow and there was a lack of energy.”

City now only have the Champions League left to play for after failing to defend their FA Cup crown, and Gundogan insists they will have to "improve quite quickly" in order to reach the next stage of the competition.

Guardiola saw his side beat Real Madrid in the first leg of their last-16 tie back in February, but Gundogan says they cannot afford totake rest on their laurels in the return, which will be held in Lisbon next month.

“We have two more league games to play and then we have a big game against Madrid," he said.

"We should definitely improve because the way we played today won’t be enough to go into the next round of the Champions League.