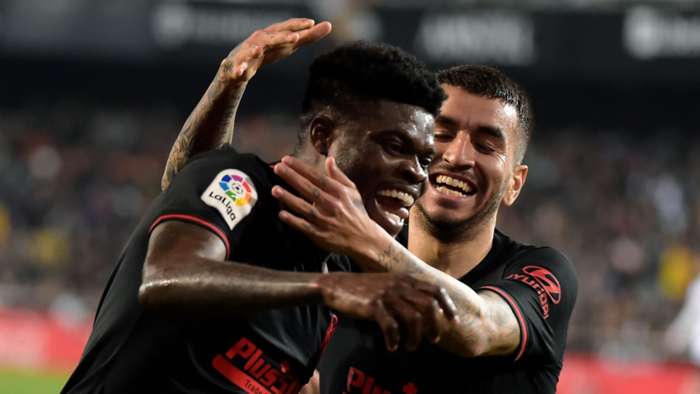 Thomas Partey is “the sort of player that Arsenal need”, says Martin Keown, with Mikel Arteta urged to snap up the Atletico Madrid midfielder and pair him with Lucas Torreira.

Finding and acquiring such talent is never easy, but Ghana international Partey is considered by many to be a good fit for theEmirates Stadium.

He is seeing talk of an imminent move to England start to build, with Keown claiming that the 27-year-old could be a shrewd addition alongside Torreira – once the combative Uruguayan returns to fitness and favour after injury.

"He's the sort of type of player that Arsenal need in that midfield.

"I think Torreira is a player who doesn't get used enough, I know he's been injured.

"Granit Xhaka has come in and done better but I'm not sure that is the right answer."

Arsenal have rediscovered their spark of late, with a late charge being made for European qualification in 2019-20.

The current campaign has, however, been another blighted by inconsistency, with Mikel Arteta returned to familiar surroundings once the decision was taken to part with Unai Emery.

The Gunners boss is offering cause for optimism and, despite there still being issues to address at the back, Keown believes only minor tweaks are now required in order to get a fallen giant back on its feet.

He added: "We have an array of central defenders there at Arsenal.

"I think some work needs to be done there, maybe move a few out and bring some in. They're the areas I'd target.

"The front three is there, we've already seen it, Nicolas Pepe doesn't play but we have Bukayo Saka now, Alexandre Lacazette and Pierre-Emerick Aubameyang.