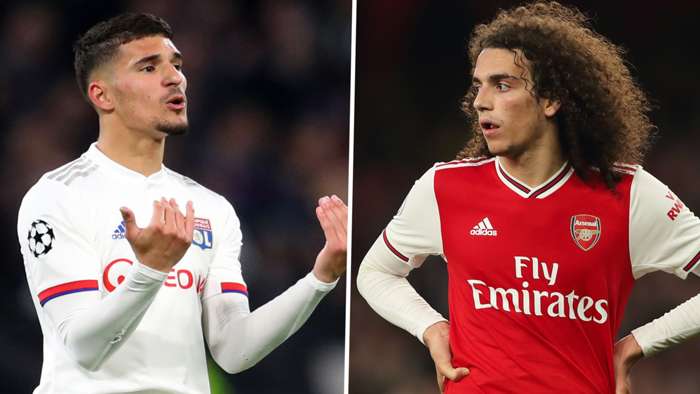 Arsenal have been informed that no deal involving Matteo Guendouzi and Houssem Aouar will be considered by Lyon, with the Ligue 1 club’s sporting director ruling out a player-plus-cash agreement.

The Gunners are reported to have stepped up their interest in a highly-rated 22-year-old playmaker.

Aouar continues to see his stock rise in France and, with Lyon set to be without European football in 2020-21, is expected to secure a high-profile switch at some stage in the near future.

Mikel Arteta is keen on taking the youngster to north London, but finding the required funds is proving tricky.

Arsenal had hoped to use Guendouzi as a makeweight in their efforts to land Aouar, with the 21-year-old midfielder having slipped down the pecking order at Emirates Stadium.

Lyon director Juninho has, however, made it clear that the bid being mooted holds no appeal to his side.

He admits to having held discussions with the Gunners, but no transfer has been put in place.

Juninho told RMC Sport: “I get on very well with Edu, we spoke on the phone. Aouar is really appreciated by Mikel Arteta.

“Guendouzi was discussed during the call, he is a great player, but he is the wrong profile. We are not interested in that at all, we cut the conversation.”

Arsenal are not the only Premier League side to be sniffing around Aouar, with his potential also being noted by Manchester City, while Paris Saint-Germain could explore the option of keeping a hot prospect in France.

Juninho concedes that the race for a much sought-after signature is being stepped up, but has questioned whether a player still learning his trade at the very highest level is ready to join a European heavyweight.

The Brazilian has said of the transfer talk: “I think that has been happening directly with agents. We were not directly contacted. Maybe Vincent Ponsot (director general)was contacted by Manchester City, I am not sure.

“It is like that with these two teams, two enormous teams who play to win the Champions League every year, they have the capacity for that and that makes any player dream. I don't know if Houssem is ready to change project for a big Ligue 1 team like PSG.