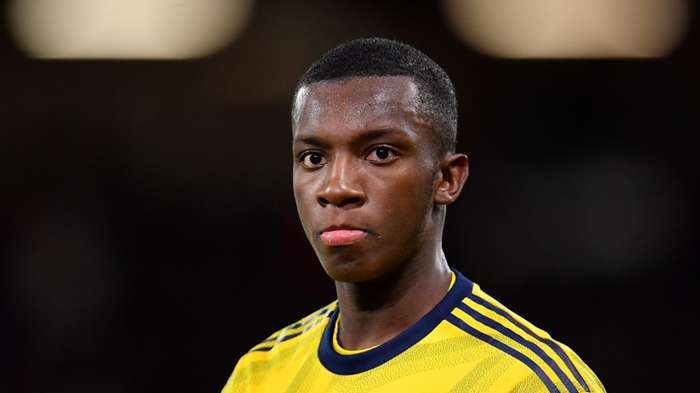 Eddie Nketiah and Dani Ceballos had to be separated by team-mates following an angry exchange before Arsenal’s Premier League opener at Fulham.

It took place during a short passing drill and the flash point came when Ceballos - who has just returned to Arsenal on a season-long loan from Real Madrid - caught Nketiah with a late challenge as he tried to claim a loose ball.

The young Gunners striker clearly said something to his Spanish team-mate, who responded by angrily shoving Nketiah away before shouting at him as he prepared to restart the training drill.

Things then appeared to calm down before the pair went at it again after another challenge by Ceballos, which ended with Nketiah kicking the ball at the Spain international.

Ceballos then shoved Nketiah again and the pair squared up before Sead Kolasinac got involved, with the Bosnia international getting his large frame between the two players and shepherding Ceballos away to prevent things escalating any further.

The warm-up eventually continued, with an evidently agitated Nketiah joining Bukayo Saka and Joe Willock near the centre circle, well away from Ceballos, who was clearly still angered by the incident.

Members of Mikel Arteta’s coaching staff saw the incident and Arsenal’s manager was no doubt informed about what had gone on as the team made their way back to the dressing room to get ready for kick-off.

When Ceballos and Nketiah re-emerged, they stayed well away from each other and sat on opposite ends of the bench as they sat and watched the first half as Arsenal got their new season underway at Craven Cottage.

And they saw their side take an early lead when Alexandre Lacazette scored from close range after new signing Willian had seen his close-range effort kept out.