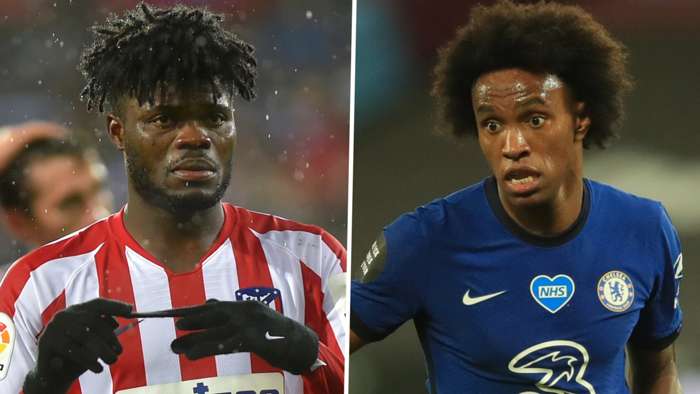 It isgoing to be an intriguing off-season at Arsenal.

Mikel Arteta has not hidden his desire to bring in new additions, something he believes is essential if Arsenal are to start closing what he describes as the "enormous"gap that exists between themselves, Liverpool and Manchester City.

“You can see how Liverpool build their squad and there is no magic,” said the Spaniard. “You need to improve the squad with quality, quality players. And we need a bigger squad to compete in this competition. That is the challenge.”

But with Arsenal’s finances in a very difficult position due to the coronavirus pandemic and with Champions League football beyond them once again next season, money is going to be exceptionally tight - especially if they fail to beat Chelsea in the FA Cup final and miss out on European football altogether.

There is a cloud of uncertainty hanging over the Emirates at the moment, one that will not be lifted until after the Wembley showpiece on August 1 and until the future of Pierre-Emerick Aubameyang is decided one way or another.

“If you ask me if I know right now what do I have and how can I do it, I'm sorry but I don't know because there are a lot of questions that we can not resolve right now with the situation we have,” said Arteta.

“One is financially and the other one is because we do not know if we are in Europe, and because we have players that we don't know what's going to happen with them. That's the reality.”

Arteta is looking at his midfield as the key priority this summer.

He wants to add a box-to-box midfielder, one who can offer the defence some real protection, but who can also get the ball moving forward to get Arsenal on the front foot.

Thomas Partey is his primarytarget, with the Atletico Madrid midfielder having long been identified as a player who could make a significant impact in north London.

Arsenal were interested in the Ghana international last year, before Arteta even arrived, and the Spaniard is more than happy for that chase to continue this summer.

The issue for Arsenal is his price tag. Partey has a release clause of £44 million ($50m), and that is a figure that Arsenal will struggle to pay, unless they sell first to help raise funds.

There is an option to try and include a player in some sort of swap deal with Atleti, with the Spanish side having held a long-term interest in Alexandre Lacazette, who has two years left on his current deal.

Matteo Guendouzi, who has been training alone at London Colney following the fall-out from his clash with Neal Maupay at Brighton,could also be of interestto Atletico. Lucas Torreira is another player Arsenal could potentially look to include to tempt Madrid into doing a deal.

Partey is well aware of Arsenal’s interest and is understoodto be open to the idea of moving to Arsenal, which is why he has so far held off signing the new contract that has been offered to him by Atletico.

The next few weeks will be key in terms of Arsenal landing their number one target this summer.

Arteta is also keen to bring Dani Ceballos back to the club for another season, with Arsenal currently talking to Real Madrid about another season-long loan for the midfielder, who has been in fine form in recent weeks.

A permanent move is unlikely at this stage, but Arsenal are confident of sealing another season-longloan for the 23-year-old.

Another midfield option could be Porto'sDanilo Pereira, who has welcomed reports linking him with a move to the Emirates.

“The style…I think I can fit there (at Arsenal). Of course, I like to be here in Porto, to be here in my country, but I want to be in a better league like the Premier League.”

As well as looking to bolster the engine room in midfield, Arsenal are hoping to add some extra creativity in the attacking areas.

Orkun Kokcu was a target, but he has now signed a new long-term contract extension at Feyenoord.

Willian, meanwhile,is a player of interest and is set to be available on a free transfer, providing he does notmake a late U-turn to sign a new deal with Chelsea.

The Brazil wingeris happy in London and it would not be a surprise if he were to follow in the footsteps of David Luiz in making the switch from Stamford Bridge to the Emirates.

Philippe Coutinho continues to be linked, with Barcelona desperate to get the former Liverpool playmaker off their books. But a permanent deal would be impossible for Arsenal given the finances involved, and even a loan would be unlikely, given the Brazil international’s £250,000 wages.

Arsenal are also looking atbringing in another centre-back this summer to go along with thearrival of William Saliba, who has spent the past year on loan at Saint-Etienne.

Dayot Upamecano has long been admired in north London and could be on the move this summer, given he only has a year left on his contract with RB Leipzig and the German club have been adamant they will not allow the centre-back to leave for free in 2021.

He has a release clause of around £54m ($69m), but Leipzig are likely to accept less than that at this stage due to his contract situation. Arsenal would still be unlikely to afford their asking price, however.

They do have other options, with the club having held talks with free agent Malang Sarr, who has just left Nice. The Gunnershave also watched Axel Disasi on several occasions and have contactedReims about his availability.

John Stones, who could become surplus to requirements at Manchester City should Pep Guardiola sign a new centre-back, has also been linked.

Whether Arsenal look to bring in a new forward depends on the futures of Aubameyang andLacazette. If one leaves, then a replacement will need to be brought in.

Gunners scouts have watched Celtic’s Odsonne Edouard on several occasions this season and have enquired about Gent’s Jonathan David, although a move to France or Germanylooks likely to be the Canada international’s next move. Moussa Dembele at Lyon is another player who is admired in north London.

Matteo Guendouzi is looking increasingly likely to leave north London this summer having fallen out with Mikel Arteta.

The French midfielder is currently training on his own and has not featured since the defeat at Brighton on June 20 when he clashed with Seagulls striker Neal Maupay soon after the full-time whistle.

Sources close to Guendouzi insist the player is just concentrating on getting through to the end of the season when a decision on his future will be made, but Arsenal are believed to have been offering him to various clubs around Europe, either for a straight fee or as a part of a swap deal.

Lucas Torreira’s future remains unclear, with the Uruguay international yet to nail down a starting spot under Arteta. He was substituted after just 45 minutes against Aston Villa on Tuesdayand has several clubs in Italy keeping tabs on his situation.

Arsenal would love to move Mesut Ozil on and get his £350,000-a-week salary off the wage bill, but the German playmaker has always been adamant he will see out his current deal, which expires in 2021.

The future of Pierre-Emerick Aubameyang will dominate the headlines until he decides whether or not to extend his stay with the Gunners. If he does not, then Arsenal will have to decide whether to cash in this summer, or let him leave on a free transfer in 2021.

Sokratis, who has played just one minute of football since the restart, would be allowed to leave, though sources close to the player insist at this point he is happy to stay, with one year left on his current deal.

Arsenal would also be willing to let Sead Kolasinac and Mohamed Elneny depart should suitable bids arrive, while Ainsley Maitland-Niles has been linked with a move away - although Arteta insists he wants to keep the academy graduate.

It islikely Jordi Osei-Tutu will move following his impressive loan spell with VfL Bochum last season. He has now returned to England, but will not want to go back to Under-23s football.

Highly-rated young forward Folarin Balogun is also expected to exitthe club after talks over a new contract broke down.

If there are to be significant changes in the Arsenal XI for the 2020-21 season, they will more than likely come in the midfield areas.

If they can get deals done for Thomas Partey and Willian, they would come into the team, while William Saliba will slot into the backline following the end of his loan spell with Saint-Etienne.

One interesting sub-plot to follow will be who gets the nod in goal.