Arsenal skipper Aubameyang is 'an important one to keep', says Toure

Arsenal skipper Aubameyang is 'an important one to keep', says Toure 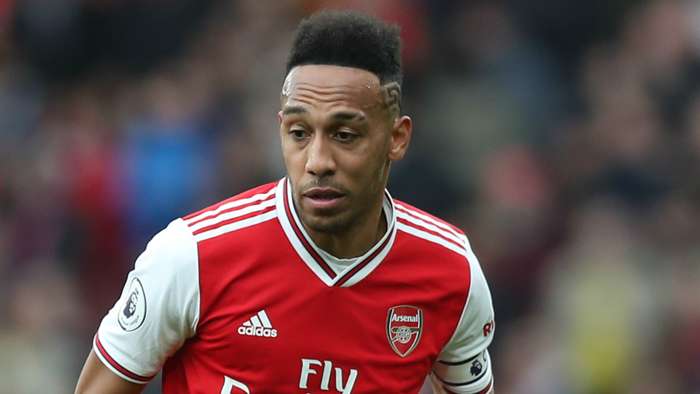 Pierre-Emerick Aubameyang has "matured" since being made captain and is "an important one to keep" for Arsenal, says former Gunners defender Kolo Toure.

The Gabon forward's importance to the club was emphasised when former boss Unai Emery handed him the captaincy in November, a job he kept when Mikel Arteta took over a month later.

Aubameyang's long-term future at Emirates Stadium remains shrouded in doubt with the 31-year-old into the final year of his contract and yet to commit to fresh terms, although Arteta has stated his belief their prized asset can be persuaded to stay.

Toure, a member of Arsenal's 'Invincibles' title-winning team of 2003-04, says Aubameyang has shown the qualities needed to be a leader and that his continued presence will be crucial for the Gunners going forward.

"He's a top player. I saw him grow. I can see that he's matured now," Toure told Stats Perform News. "You can see as a captain he's a leader, leading by example. He's very focused. He's working hard for the team.

"He's a great captain and a great example. It's really easy to talk but what are you showing us? Are you willing to fight for every ball? That's what Steven Gerrard, Patrick Vieira, those great captains did.

"He's an important one to keep."

Arteta assumed the managerial reins at the Emiratesafter Emery's tenure was ended 18 months on from being chosen as the successor to Arsene Wenger.

Toure believes Arteta has changed the culture at the club and has been delighted to see the playersfinally knuckling down for each other.

"I watched his first games. I was intrigued to see. I had an idea. In my mind I was thinking that the players were not playing together," he said. "You could see the attacking players and midfield were trying to press, but there was a big gap between midfield and the defence.

"That's what he changed. When Arsenal press, they do so with high intensity. The back four are really high and the strikers are putting pressure to players on the ball, which is great.

"And culture – you can see every player is involved 100 per cent. They press together, when they defend deep, they defend all together. The strikers help.

"When they have the ball they can counter unbelievably with Aubameyang's speed. He's brought the team spirit and the mentality; 'we are in this together'.

"No one can cheat in the team, this is non-negotiable. That's the word he's used."

On Saturday, Arteta has the chance to win his first silverware as a head coach when Arsenal contest the FA Cup final against Chelsea, for whom Frank Lampard is also aiming to end his maiden campaign in the Blues dugout with a trophy.

Toure is impressed by how both men have adapted to the touchline from their playing days.

"It's unbelievable either could win a trophy in their first year. For ex-players to do that is unbelievable," Toure added. "Being an ex-player does not mean you are going to be a good manager.

"Their intelligence and understanding of the game, it's different to being a player. Where you are on the pitch, you have to make quick decisions. The touchline is different.

You have to analyse the game and be able to see things to improve your team. You have to plan and spot weaknesses.