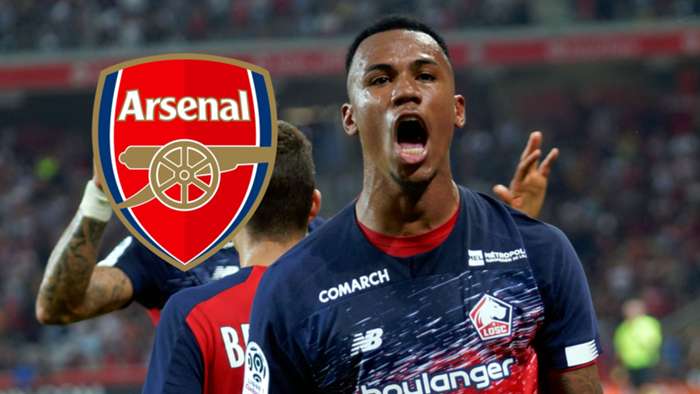 Arsenal have confirmed the signing of GabrielMagalhaesfrom Lille.

He becomes the club's second signing of the transfer window, following the capture of fellow Brazilian Willian - who joined on a free transfer from Chelsea.

Speaking about the signing, Arsenal's technical director Edu said: "We are delighted to have signed Gabriel. He is a player we have been studying for a while and he was in demand from many clubs, so we are proud to have agreed and completed this transfer with Lille and the player.

"Gabriel is a player of high quality and Mikel and his coaches are looking forward to integrating him into the club.”

The 22-year-old arrived in England last Monday when he travelled to Arsenal's training ground at London Colney to put the finishing touches on his transfer. He then underwent a medical in the capital.

Gabriel has been in quarantine ever since as he arrived from France, a country which is currently on the UK Government's quarantine list. Gabriel will have to self-isolate for 14 days before being able to link up with his new team-mates.

He was allowed into London Colney on Monday under strict medical supervision to take part in the squad's latest round of Covid testing.

Gabriel's arrival will be a major boost to boss Mikel Arteta, who hadbeen keen to add another centre-back to his ranks this summer.

Speaking about his latest capture, Arteta said: "We welcome Gabriel to Arsenal. He has many qualities which will make us stronger as a defensive unit and as a team.

"He has proved with Lille that he is a defender with many outstanding attributes and we are looking forward to watching him grow as an Arsenal player."

Gabriel himself added:“Edu and I had several chats about Arsenal and the new project, we had many good conversations.

“As the days went by I was getting very excited about it, then I had a call from the coach and that was very reassuring.

“Having the coach himself calling you to say he wants you in his squad motivates you a lot. That is the very reason I am here today.

“We did not talk about details, he just told me he is aware of my quality, my capacity and how far I can go. He also said he will be very demanding with me.

"I know he is a great coach and I will make progress with his help.”

Gabriel will soon be followed into Arsenal by Dani Ceballos, who is close to returning to north London for another season-long loan dealfrom Real Madrid.