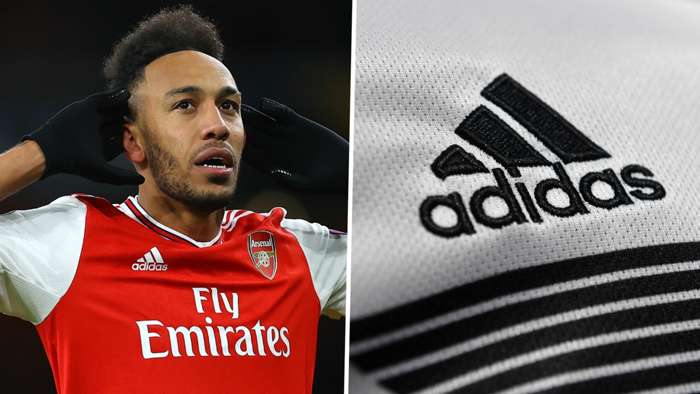 Arsenal are embarking on a new era under Mikel Arteta, and they will mark the occasion with a brand-new collection of shirts from Adidas after their deal with Puma expired.

The Gunners' latest home strip has yet to be announced, but leaks circulating online have suggested that it will sport a darker shade of red alongside the club's traditional white sleeves.

The new home kit is the first under Arsenal's new deal with Adidas, who took over from previous supplier Puma.

The dark shade of red has a subtle geometric pattern, and it looks like the white-capped sleeves will be adorned with stripes - similar to the Germany and Juventus home kit.

Arsenal's brand-new home jersey is expected to be fully revealed in late July, with supporters likely able to purchase the kit soon after.

No details have been released on Arsenal's away kit, but if leaks online are to be believed, the Gunners will be outfitted in an off-white strip with a red streaks during their away days.

The pattern resembles a marble surface, which could be a nod to the famed Marble Halls at their old home of Highbury.

Arsenal's away kit is expected to be launched in late in July.

Arsenal's third kit is suggested to be completely blue and repeating the marbled pattern from the potential away kit.

With the home jersey and away strip expected to be released in July, the third shirt could be slated for unveiling in August.