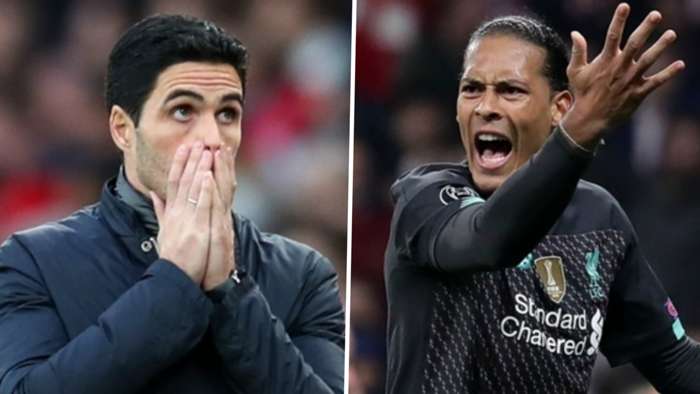 Former Arsenal centre-back Sol Campbell believes that if the Gunners can improve their defence, it would dramatically increase their chances of winning the Premier League.

The Emirates Stadium side last won the league title when they enjoyed an undefeated campaign in 2003-04 – a legendary outfit of which Campbell was a key performer - and are once again off the pace this season as they lie seventh.

There have, however, been signs of improvement under new boss Mikel Arteta, with the club recording a third successive away win as they overcame Wolves 2-0 on Saturday.

Nevertheless, Campbell believes that the board have to invest in the rearguard if they are to challenge the likes of Manchester City and champions Liverpool.

Indeed, he cited the example of the Reds splashing out on Virgil van Dijk in January 2018 as one of the defining deals that allowed them to end a 30-year wait for a league title.

“Look what Liverpool did, you know Van Dijk. For me, could I see Arsenal spending that type of money?” he told Stadium Astro of the £75 million ($92m) man.

“Sometimes it does take that type of money if a player is nailed on and you’ve got to get him and he can actually start to change the outlook of your team, especially from the back.

“It might take something like that. They don’t mind buying Nicolas Pepe and spending that kind of big money up front but you’ve got to realise that sometimes you need to catch up with the rest of the guys.

“Sometimes when the player does become available and you really think: ‘This guy can really change it',and you’ve looked at all the scenarios, you might have to dip in the pocket and buy someone big at the back to take that on and then you build around him.

“But you’ve got to go for it. Going for it at the front, paying big money for front guys, but don’t underestimate getting quality defenders to hold that backline together.”