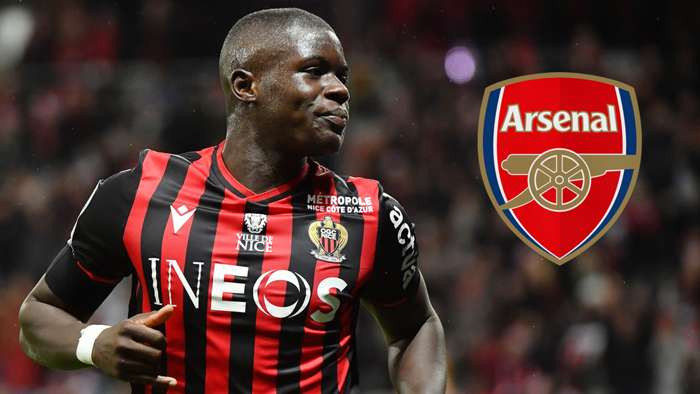 Arsenal have held talks over a move for Malang Sarr - but have yet to table a contract offer to the 21-year-old defender.

There have been suggestions that the Gunners have made an offer to the France Under-21 international centre-back, but sources close to the player have confirmed to Goal that is not the case.

While there have been discussions,talks with other clubs are far more advanced, with Italian side Torino making a concerted effort to lure Sarr to Turin.

Arsenal are exploring the possibility of bringing in another centre-back during the summer transfer window despite the arrival of William Saliba, who spent last season on loan with Saint-Etienne in Ligue 1.

But with the club’s finances still uncertain given the ongoing coronavirus pandemic and the north Londonerslooking unlikely to qualify for Europe next season, the Gunnersare struggling to make any firm commitments regarding contract offers and transfer fees.

And followingWednesday night’s 2-1 win against champions Liverpool, head coach Mikel Arteta was asked whether he would be given the finances to improve his squad this summer.

"You need it to build a squad. It's not magic. You need to improve with quality players in the squad and you need bigger squads to compete in this competition. There's the challenge."

Arsenal will wait until the season is completed to make any decisions overpossible new arrivals, when they feel they will have more clarity on what sort of money is available and who they might be able to move on to bolster the funds that could be available to Arteta.

The Gunners also hold an interest inReimscentre-back Axel Disasi. They registered their interest in the 22-year-old earlier in the year, but have yet to follow up with an offer for the centre-back, who has also been linked with Wolves and Southampton.

Meanwhile, Konstantinos Mavropanos has left Arsenal on loan to join VfB Stuttgart, with the Bundesliga side, who won promotion this season, seeingoff competition fromWerder Bremen to sign the defender on a temporary deal.

Mavropanos has just completed a successful loan spell in Germany as he helped Nurnberg escape relegation from the 2. Bundesliga, with the Greece Under-21 international having also penned a new deal with the Gunners.

After making the move to Germany’s second tier in January, Mavropanos made 13 appearances, with his performances catching the eye of several clubs in the country’s top two divisions.