Arsenal have 'no margin for error' in transfer market, warns Arteta

Arsenal have 'no margin for error' in transfer market, warns Arteta 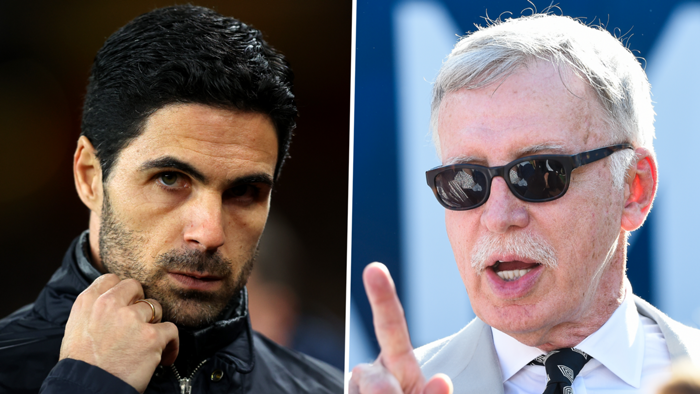 Mikel Arteta says Arsenal have no ‘margin for error’ this summer as they attempt to close the gap that has opened up between themselves and the Premier League’s top teams.

It will be their lowest finish to a league season since 1995, and failure to beat Chelsea in the FA Cup final the following weekend will result in them failing to qualify for Europe for the first time in 25 years.

That will result in a major loss of revenue for the north London club, which - when combined with a £230 million ($293m) wage bill and the crippling financial effect of the coronavirus pandemic - will make the summer transfer market an incredibly difficult one to navigate.

Arteta is aware of the challenges that are facing the club and admits they can’t afford to get decisions wrong ahead of his first full season in charge in north London.

“We know that we don’t have any margin for error and everything has to be so planned,” said Arsenal’s head coach.

“I have to say that I am very confident with the way that the owners and the board are approaching this crucial time for us. With agreat process to put the team into the next level very quickly. Once we know a little bit more and have more information about where we are it will be easier to make those decisions.”

Arteta came out in support of owner Stan Kroenke on Tuesday night after a group of Arsenal fans paid for a plane to be flown above Villa Park towing a banner which read ‘Back Arteta, Kroenke out’.

The Spaniard insisted that the American and the rest of the club’s hierarchy were putting a strong plan together ahead of the summer window.

Speaking ahead of Sunday’s league finale, Arsenal’s head coach reiterated he was excited about what the future will bring - despite the challenging circumstances that currently surround the club.

“I came here and I knew the challenge,” he said. “I am so convinced that we are going to do it right but we need a little bit of time. The fans when they get nervous it’s normal. For me, it’s not that they get nervous, it’s frustration. This club and its history is there.

“People are relating this badge with success, with joy, with trophies and emotions. We can’t change that and we must not try to change it. Because it makes us big and we only have to think like that.