Arsenal close in on Ceballos after breakthrough in Madrid talks

Arsenal close in on Ceballos after breakthrough in Madrid talks 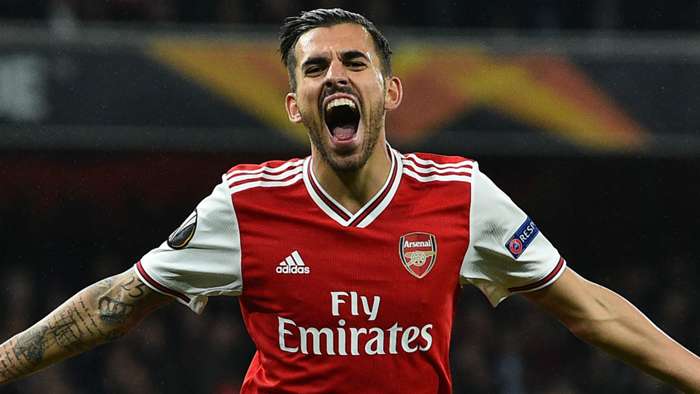 Arsenal are closing in on a deal to bring Dani Ceballos back to the club.

Having initially struggled to cement his place in the side under Arteta, Ceballos was a revelation following the restart in June and was arguably Arsenal’s most consistent performer during the final weeks of the season.

Arteta has spoken openly of his desire to bring the midfielder back from Madrid and said in the build-up to last Saturday’s Community Shield clash against Liverpool that Ceballos had told him he wanted to return.

“We had some talks,” said Arsenal’s head coach. “Dani knows really well what I think about him. He was pretty clear with me as well that his intention was to remain with us.

“Obviously, Real Madrid is involved there and I don’t know yet what they want to do with the player.

“He is a player we are interested in because we really saw in the last few months of the season what he is capable of bringing to us.”

Ceballos posted videos of himself on social media watching and celebrating the victory against Liverpool, fuelling speculation that he was pushing for a return to Emirates Stadium.

And Goal can confirm reports in Spain that another loan deal is close to being agreed, with Arsenal and Real Madrid deep in discussions over a deal which will see the 24-year-old spend the 2020/21 campaign with Arteta’s side.

Ceballos is keen to ensure he gets regular playing time during the coming season to ensure he keeps his place in Spain squad ahead of next summer’s European Championships.

In Madrid that is far from guaranteed, with Zinedine Zidane having rarely used him during his two stints as head coach at the Bernabeu.

Ceballos, however, earned the trust of Arteta with his performances during the final months of last season and made himself one of the first names on the teamsheet, forming an excellent partnership with Granit Xhaka in the heart of midfield that was central to Arsenal’s FA Cup success.