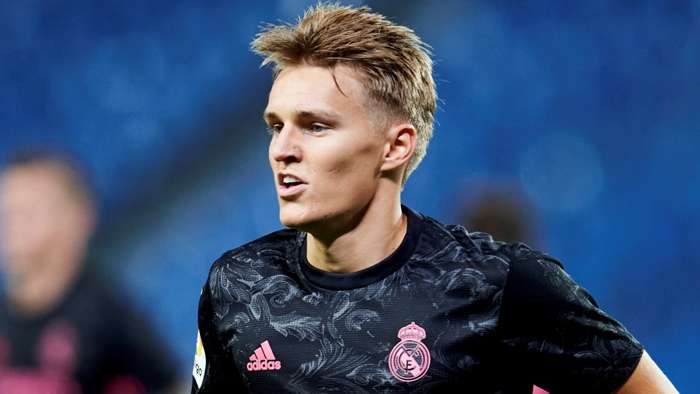 Martin Odegaard’s “mentality” has been questioned by former Real Madrid player and coach Jorge Valdano, with the Norwegian accused of running away from a fight at Santiago Bernabeu as he prepares to link up with Arsenal on loan.

Any switch to the Premier League will take Odegaard away from the Spanish capital in a fifth successive season, with previous stints taken in at Heerenveen, Vitesse and Real Sociedad.

Fierce competition for places is forcing the talented playmaker to look elsewhere for regular game time, with Arsenal the latest to open their doors to a one-time teen sensation.

Valdano believes Odegaard should be embracing battles with the likes of Luka Modric and Toni Kroos, rather than shunning them, with a lack of patience being shown by a highly-rated performer.

“The quality that Odegaard possess is necessary for this Real Madrid team,” Valdano told El Transistor.

“I don’t think that Odegaard has played badly. Perhaps he was a bit conservative when it came to him, maybe he lacked some more daring actions, but he also lacked patience to continue at Real Madrid. In the end he competes with two stars like Modric and Kroos.

“I am more concerned about his mentality.

“It is not worthy of a Real Madrid player to leave your place, not have that patience. It’s not just any player ahead of him. I am surprised that he would leave the club and leave his spot open for others.”

While Odegaard is preparing to part with the Blancos, Zinedine Zidane is sticking around.

Questions have been asked of the Frenchman’s future as the reigning La Liga champions scratch around for form and see routes to major silverware in 2021 shut off, but Valdano believes a coach that has delivered three Champions League crowns in the past should be trusted to get things right.

He added: “I would never question a coach like Zidane.

“It’s not a good sign to kick a coach out in the middle of the season. You have to save the image of the club.