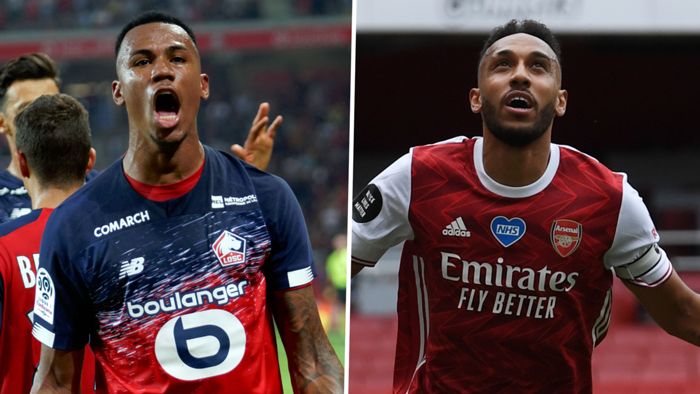 Mikel Arteta says Gabriel Magalhaes is a player who will improve Arsenal’s squad - but added that a deal for the Brazilian defender is yet to be finalised.

Confirmation of the transfer was expected earlier this week, but has yet to arrive.

Speaking ahead of Saturday’s Community Shield clash with Liverpool, Arteta said there are things that still need to be done before the centre-back is announced as an Arsenal player.

“Regarding Gabriel we can’t announce anything yet,” said the Spaniard. “The deal is not finalised.

“You all know that he is a player that we have followed for a long time and hopefully we can get it done.

“Everything is OK when both parties sign, the club and the player agrees the terms and he goes through the medical.

“Sometimes in the final stages it isnot as easy as it looksbut, again, we are pretty positive that we can do it.”

Arsenal saw off competition from Napoli and Everton to win the race for Gabriel, who was also of interest to Manchester United.

The centre-back was Arsenal’s priority target at centre-back going into the transfer window and Arteta admits he will be overjoyed to get the deal over the line.

“When we get it, I will be very pleased,” he said.

“He’s a player we followed and were very determined that he was the right profile for us to improve our squad. If we are able to finalise it we will be delighted.

“We are trying to finalise the deal, that’s what I can tell you at the moment.”

Another deal Arsenal fans are impatiently waiting to hear news about is the new contract for captain Pierre-Emerick Aubameyang.

The 31-year-old striker is understood to have agreed a new three-year extension to his current deal, which is due to expire in 2021, but Arsenal have yet to officially announce the news.

When quizzed on the future of his top scorer, Arteta said he was confident of a swift conclusion.