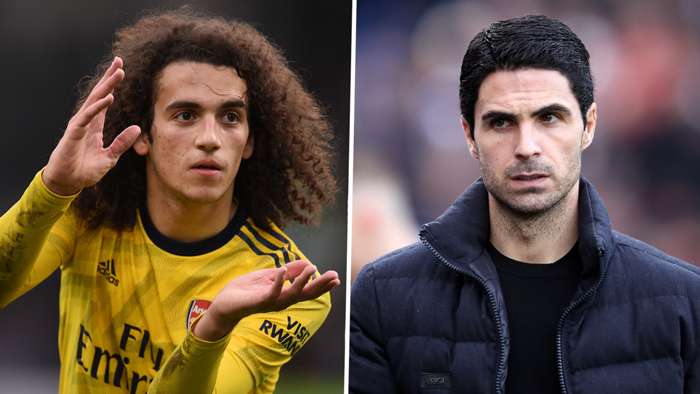 Arsenal head coach Mikel Arteta is ready to give midfielderMatteo Guendouzi another shot after the pair had a falling out last season.

That led to a reported bust-up betweenArteta andGuendouzi, with the 21-year-old tipped to leave north London in the off-season due to irreconcilable differences with his manager.

However, speaking ahead ofSaturday’s Community Shield against Liverpool at Wembley, Artetarevealed that he has offeredGuendouzi a route back into the Gunners squad.

“I’ve been really clear that everybody starts from zero," Arteta said."What you did two weeks ago or two years ago, doesn’t really matter. It’s what you are able to contribute to the team now.

“Everybody is going to have the same opportunities. They have to show with their performance their attitude that they are better than their teammates or somehow contributing with what we want to achieve this season."

Speaking about his conversations withGuendouzi, Arteta said: “To tell him exactly that he’s going to be part of the team and at the moment he’s like any other player in our squad. He deserves first of all to be treated exactly the same and I will do that to my best capability.”

Last month Arteta urgedGuendouziand Mesut Ozil to follow the example set by Granit Xhaka if the pair wantedto save their Arsenal careers.

Xhaka appeared to be on his way out of Arsenal after he was stripped of the club's captaincy in the aftermath of a clash with fans during a game against Crystal Palaceon October 27.

Pierre-Emerick Aubameyang was named captain after an incident inwhich Xhaka was seen to cup his ear in response to abuse from sections of the fanbase.

After he was dropped from the team, Xhaka was eventually reinstated and regained his starting position.