'Arsenal are a bit behind Tottenham' - Spurs have more chance of top-four finish next season, says Merson

'Arsenal are a bit behind Tottenham' - Spurs have more chance of top-four finish next season, says Merson 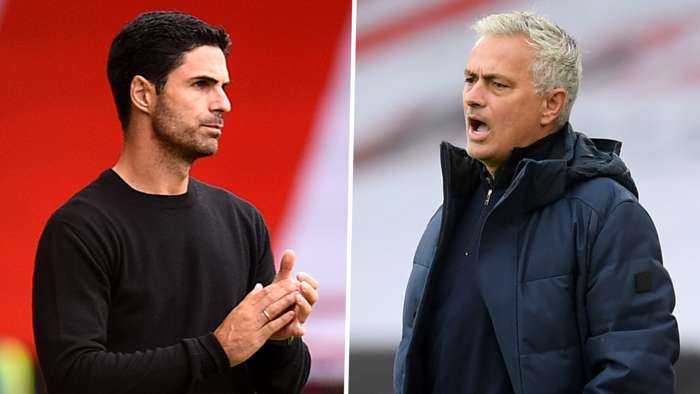 Paul Merson has expressed his belief that "Arsenal are a bit behind Tottenham", while admitting Spurs have a better chance of a top-four finish next season.

Arsenal are currently sitting eighth in the Premier League standings, one point behind seventh-placed Sheffield United and one ahead of arch-rivals Tottenham, who slipped to ninth after being held to a 0-0 draw away at Bournemouth on Thursday.

Jose Mourinho's side have only won two of their last five matches, while the Gunners have been in impressive form since suffering a shock 2-1 defeat away at Brighton on June 20.

Mikel Arteta's men have picked up four victories in all competitions since then, and were unfortunate not to extend that winning run after a 1-1 stalemate with Leicester at Emirates Stadium last time out.

Spurs missed a great chance to beat Arsenal when they met at the Emirates in the first half of the season as they squandered a 2-0 advantage during a thrilling 2-2 draw, which marked the final derby of Mauricio Pochettino's reign.

Mourinho has faced plenty of criticism for his perceived negative style of play since succeeding the Argentine, but Merson believes he has a strong enough squad at his disposal to fight for a place in the Champions League in 2020-21.

Despite the fact that Arteta has overseen a significant upturn in results recently, the Arsenal legend is not so sure that his old club can achieve the same goal, as he wrote in his latest column for the Daily Star:"Sunday’s derby is a close one to call. But I think Arsenal are a bit behind Tottenham.

"Neither of them are going to finish in the top four this season but there’s more chance of Spurs doing that next season than Arsenal.

"Over a 38-game season, with the squads they have, and if everyone stays fit, I’d be surprised if Arsenal finish above Tottenham. I saw Arsenal against Leicester and they impressed me.

"But I liked what I saw from Spurs against Everton as well."