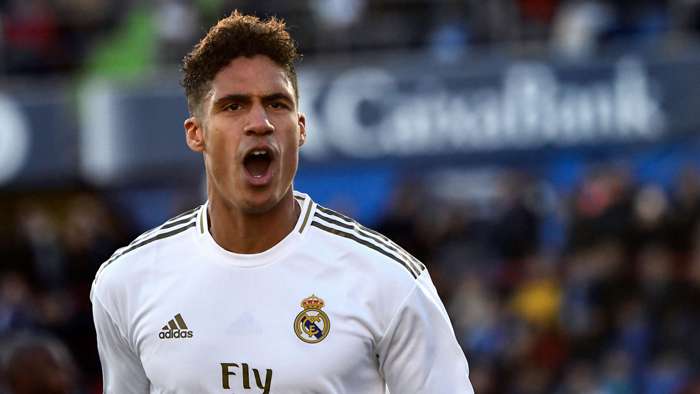 Raphael Varane says that Real Madrid have an "incredible hunger" to progress in the Champions League, and that "anything is possible" against Manchester City.

Zinedine Zidane's men claimed their first title since 2017 by finishing five points clear of arch-rivals Barcelona, and they now have three weeks to prepare for a return to European action.

The Blancos still have an outside chance of winning a league and cup double, but must first overturn a 2-1 last-16 first-leg deficit against City on August 7.

Pep Guardiola's side have one foot in the last eight after their impressive victory at Santiago Bernabeu in Februrary, which saw Gabriel Jesus and Kevin DeBruyne goals cancel out Isco's effort for Madrid.

Varane is confident that Madrid can produce a comeback, despite City having home advantage in the return leg.

"This is Real Madrid and anything is possible, the hope is always there even if the situation is difficult,"the Madrid centre-back told Le Parisien.

"When you wear this shirt, you have a responsibility, we know that a difficult game awaits us but we will approach it with incredible hunger.

"It's a debt we owe to our fans, we can't predict the result but we will fight to the end."

Varane went on to praise Blancos's top scorer Karim Benzema, whose 21-goal haul helped ensure that theLiga trophy arrived at the Bernabeu instead of returning to Camp Nou.

"I wouldn't say it was the best season of his career, but that's only because I've known him for a long time," said the Frenchman.

"I'm glad to see him so radiant and happy, he is at the very top of his game in a difficult position. He has assumed his role as leader of the attack."

Varane added on the impact Zidane has had on the squad since returning to Madrid for a second spell in chargein March 2019: "He has that special capacity to make the impossible possible and his career is exceptional.

"He is a great source of inspiration for everyone, his soul as a player is always there.