'Alisson is the best goalkeeper in the world by a country mile!' - Robertson hails Liverpool No 1

'Alisson is the best goalkeeper in the world by a country mile!' - Robertson hails Liverpool No 1 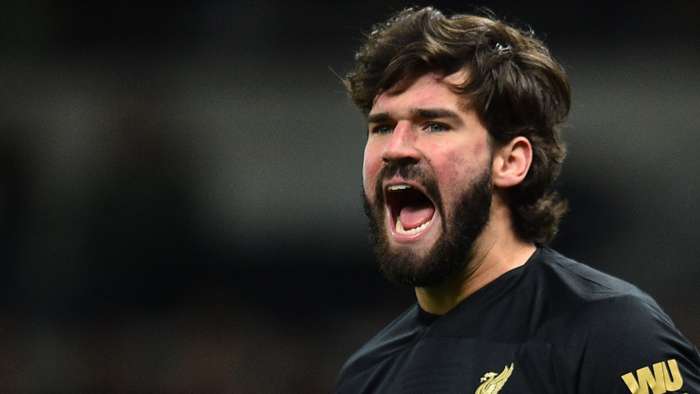 Andrew Robertson has expressed his belief that Liverpool No 1 Alisson "is the best goalkeeper in the world by a country mile".

Alisson has been a solid presence between the sticks for Liverpool since his arrival from Roma in the summer of 2018. The 27-year-old won the Premier League's Golden Glove award last season as Jurgen Klopp's men narrowly missed out on the title, and also played a key role in their run to Champions League glory.

The Brazil international has madeanother 32 appearances in all competitions in 2019-20 despite dealing with a couple of frustrating injuries. His latest stellar display came during Liverpool's 2-0 victory over Aston Villa at Anfield on Sunday, when he produced one of the saves of the season late on to deny Jack Grealish a seemingly certain goal.

Robertson hailed Alisson for his heroics in the net after the match, while insisting that the Brazilianis master of his craft who helps boost the confidence of the entire squad.

The Reds left-back told the club's official website: "We never take Ali for granted and he’s the best goalkeeper in the world by a country mile. Even when he’s not got a lot to do, he still stays alert when balls are in behind and he’s clearing the ball.

"Sometimes people who just come and watch maybe forget about that stuff and easily can take him for granted - but we definitely don’t.

"He’s a fantastic keeper, he’s a fantastic person and he made a couple of big saves today. That’s what he’s there for and what he gets paid for I suppose, but when he does that, it gives us confidence we have all the confidence in the world in him."

Robertson added on Liverpool's first victory since winning a first league crown in 30 years:"That’s why we are champions.When sometimes times are tough we dig even deeper and some teams might have been thinking, ‘OK, it’s not our day’ in the first half.

"I didn’t think we played badly but they put up a good defensive block, they had a couple of chances themselves and some teams crumble under that - not us.

"We managed to shine, we managed to hold our nerve and then Naby’s pass for Sadio was a fantastic pass and we take the goal.

"Once we went 1-0 up we really started to put our quality onto the game and that’s why we limited their chances and we had a couple more ourselves. Luckily Curt managed to seal the three points for us."