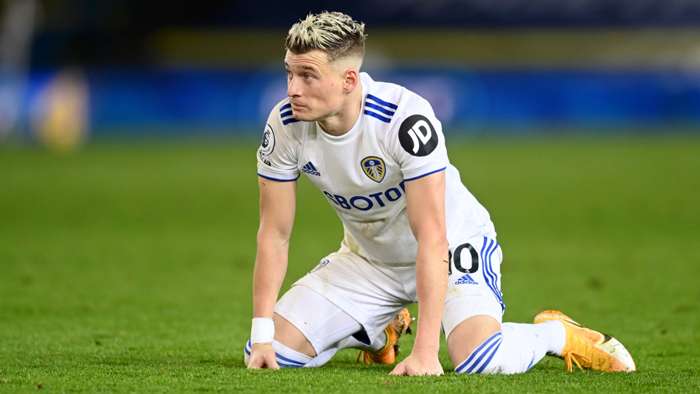 Patrice Evra has claimed Ezgjan Alioski was deserving of an Oscar for his part in Nicolas Pepe’s red card, but the former Manchester United man said the Arsenal forward only had himself to blame.

It was the culmination of a running battle Alioski and Pepe had been involved in for the previous few minutes.

Alioski fell to the ground easily under what looked like minimal contact, but Pepe did thrust his head towards the Leeds United man’s face and can have no complaints.

Evra noted as such, as he told Sky Sports: “Really silly from Pepe.

“You are not playing a lot and Arteta gave you a chance, so do not cry when you play the next game.

“When you do that it is a frustration. It is silly. I think Pepeshould say sorry to all his team-mates because Arsenal had a plan and of course everything changed."

Evra feels Pepe is being weighed down by the £72 million feeArsenal paid for him from Lille in 2019.

“I saw him playing in France, he was happy, he was smiling,” Evra said. “You can see, the price tag, the fans are against him.

“Agood player but I am really disappointed. I always protect him but I cannot defend him."

Commenting on Alioski’s part in the dismissal, Evra noted: “Alioski deserves an Oscar. He played so well, if I was the Leeds coach I would be so happy with Alioski but come on, he looked like he broke his nose.”

Pepe is now facing up tothe prospect of a three-game ban, which is the standard for violent conduct, and he will havea battle on his hands to get back in the side.