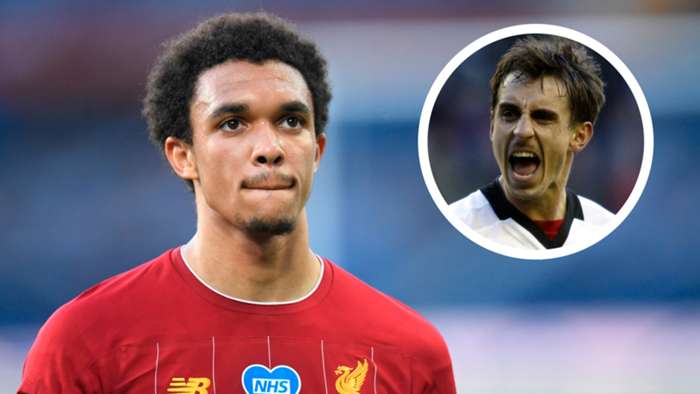 Headlines are difficult to make from such a berth, with greater emphasis placed on defensive strength than attacking flair.

Alexander-Arnold has, however, managed to blur those lines after stepping out of a famed academy system at Anfield .

At 21 years of age, a player being tipped to move up into a midfield post at some stage has shown that defenders can be stars at both ends of the field.

Alexander-Arnold has contributed seven goals and 34 assists to the Liverpool cause through 131 appearances, while claiming Champions League and Premier League crowns along the way.

Carragher believes the youngster has added a sense of style to a position that United great Neville failed to achieve, while also achieving what Liverpool legend Steven Gerrard never could by becoming a top-flight champion in England.

The Reds legend told the Liverpool Echo : "He looks a very level-headed lad, he's been brilliant, hasn't he?

"To be honest, he reminds me ofStevie Gerrardin some ways. Yes, they are good players at the academy but no-one could ever know for certain what could happen in the first team.

"They would have known they had a special player but sometimes when you go into the first team people just completely take off and before you know they are one of the top players in the world. And that is what has happened to Trent.

"I think he tells a story when he played against a winger against Manchester United when he was 15 or 16 and he was given a really tough time in a youth game and he'd never played there before and it was a position he was getting used to.

"That shows you the development and improvement in him. And he has just completely taken off now where he is the most creative player.

"He is the most creative player in the best team in Europe and he is a 21-year-old lad from Liverpool playing at right-back.

"It just shows you what he has actually done to the position. He has made the position sexy again shall we say after Gary Neville made it very unsexy!"