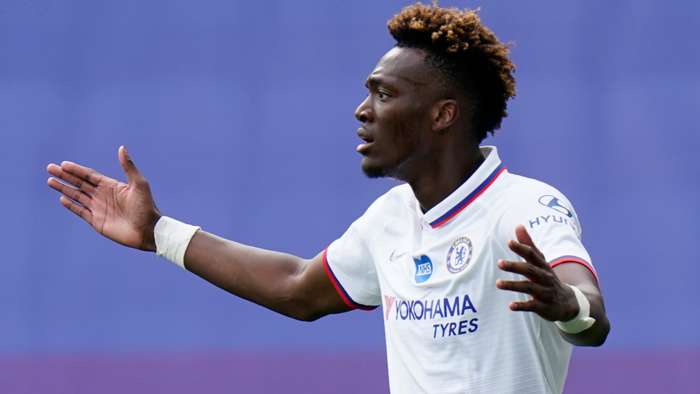 Tammy Abraham will have a role to play for Chelsea in 2019-20 despite the arrival of Timo Werner at Stamford Bridge, says Mark Schwarzer.

Hakim Ziyech represented their first piece of business, with the exciting Morocco international snapped up from Ajax. That deal was quickly followed by an agreement for Werner, with Frank Lampard preparing to add another proven goalscorer to his ranks.

Abraham has found the target on 17 occasions this season, with the 22-year-old seeing his patience in west London rewarded. He has, however, slipped behind Olivier Giroud in the pecking order of late, while Werner can be expected to slot straight into Chelsea’s starting XI.

Questions have been asked of whether Abraham will stick around with minutes hard to come by, but Schwarzer feels thehome-grown star will have an important part to play in a deeper squad.

The former Blues goalkeeper told Stadium Astro: “Seventeen goals he's scored now, he scored again versus Liverpool, I know he had a great first half of the season and he's dropped off a little bit but I kind of expected that with the younger players. I don't think Mason Mount's playing at the same level he was earlier in the season, he just doesn't have that same spark.

“Going forward Chelsea have always had an abundance of top talent and I think having that striker that scores you an abundance of goals, you can argue 17 goals for Abraham is a phenomenal return.

“I think that's a very good return. In terms of Timo Werner coming in, he can play through the middle or also as one of the wider players, interchanging between positions.

“I think you'll find Werner likes to sometimes drift out towards the left side a little bit and cut in.

“I think the number of games they're going to have, the rotation they'll be implementing, I think they do need quality and strength in depth.

“Chelsea have always been looking to improve, to bring in big-name players and they're going for young and up-and-coming players but ones who have performed at the highest level already and done very well.