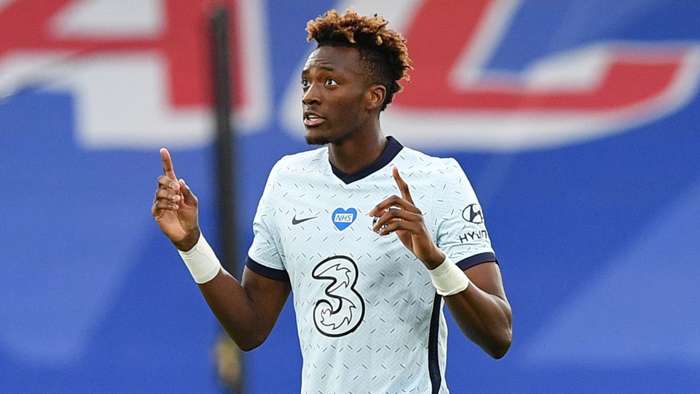 Having had to be patient in pursuit of competitive outings for his parent club, Abraham was given an opportunity to impress as part of Frank Lampard’s exciting young side.

The England international rewarded that show of faith with 15 goals and three assists, but he has started to slip behind Olivier Giroud in the pecking order and has seen Chelsea bolster their attacking ranks with the signing of prolific German frontman Timo Werner.

Abraham has, however, battled hard to reach this point and believes he is capable of collecting prestigious collective and individual prizes while in his current surroundings.

He told Chelsea’s official website: “I want to look back on my career when I retire saying I left everything out there and I did the best I could.

“I have all of that on my radar but my aim is just to be able to retire and say I did it all.”

Abraham is now a proven performer at domestic and international level.

He received a first senior England call-up in November 2017, with a debut made almost two years before he was next selected and opened his goal account for the Three Lions in a meeting with Montenegro.

“Something in my body was saying that it was going to happen,” Abraham said of his first selection, which saw him join a squad to face Germany and Brazil.

“It hit me on my first call-up. After growing up watching the likes of Harry Kane, Jamie Vardy, Raheem Sterling and Jordan Henderson, actually being on the same pitch as them and training with them day-in, day-out was a mad feeling for me.

“Times like that you never forget and maybe the younger generation will feel like that looking up to me one day as well.”