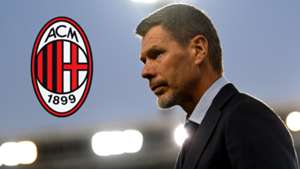 AC Milan have confirmed that they have sacked Chief Football Officer Zvonimir Boban following a falling-out between the Croatian and CEO Ivan Gazidis.

Former attacking midfielder Boban, 51, had been working alongside technical director and club legend Paolo Maldini and the pair were responsible for the appointment - and subsequent sacking - of head coach Marco Giampaolo, with Stefano Pioli replacing him in the dugout.

However, it has been widely reported that, despite the Rossoneri's upturn in form under Pioli, Gazidis has elected to sign former RB Leipzig head coach Ralf Rangnick to take over the reins from the beginning of next season without consulting Boban or Maldini.

The Croatian aired his frustrations in an interview with Gazzetta dello Sport recently, saying: "Until a few days ago, I didn't think it were true that there were two souls within Milan, albeit taking into account all the thousand initial difficulties, cultural differences and very different passions for the Rossoneri cause.

"The fact we're having to talk about this is not good for anyone. The worst part is that this destabilising event is happening during a moment when the team is improving and you can see Stefano Pioli's hard work.

"We've already talked to Gazidis. For the good of Milan, it is certainly necessary that a meeting with the ownership happens as soon as possible."

After just nine months in his role, Boban has now been relieved of his duties, with AC Milan CEO Gazidis saying in a statement on the club's official website: "We thank [Zvonimir Boban] for his efforts over the past nine months and wish him well in his future endeavours.

"We must now turn our attention to football and the important games to come. Stefano Pioli and his staff are doing an exceptional job growing the performances of the team every week and will have our full support as they continue this work, in what is a difficult time for the country".