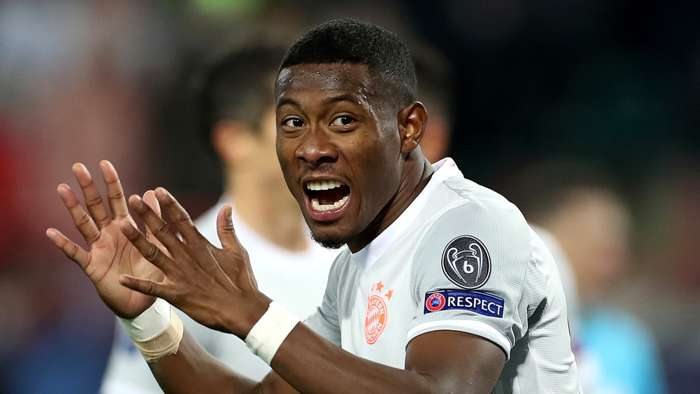 David Alaba has hit out at Bayern Munich over the handling of his contract talks, saying it felt like “a slap in the face” when the club suggested they wanted to include him in a swap deal.

Bayern announced on Sunday that they had taken the decision to withdraw their offer to the Austria international, after failing to strike a deal with the 28-year-old.

Alaba’s current agreement expires at the end of the season, meaning he could negotiate a transfer in January if no deal is struck.

The talks between the two parties have grown increasingly strained, with Alaba’s father reacting furiously to claims from Bayern president Uli Hoeness that the player was only interested in money.

Following the news that Bayern had withdrawn their contract offer, Alaba spoke to Sky Sport Germany - saying he felt the club had shown a lack of respect.

“After the second or third conversation about the new contract, I got a call and was asked if I could imagine being included in a swap deal,” Alaba said. “That probably was a slap in the face.

“The respect and appreciation I was looking for when the contract negotiations started was not going in the right direction. That was a year ago now. In times when coronavirus was still very far away.”

Despite expressing his frustration with how the negotiations had been handled, there may still be a chance that common ground can be found between club and player.

Asked if his time at the club was over, Alaba said: “I'm not thinking about that. I've only found out about it from the news yesterday evening and haven't had time to think. We'll see what happens in the future.”

Alaba is one of the finest defenders in the game, and last term Bayern manager Hansi Flick shifted him from left-back to centre-back.

With Alaba’s stock in the game extremely high, there will be no shortage of interest come January.

Juventus were strongly linked with Alaba last season, but there is likely to be stiff competition should he become available on a free transfer.

For Flick, the coach will hope that the contract row does not have a detrimental impact on Alaba’s performances.