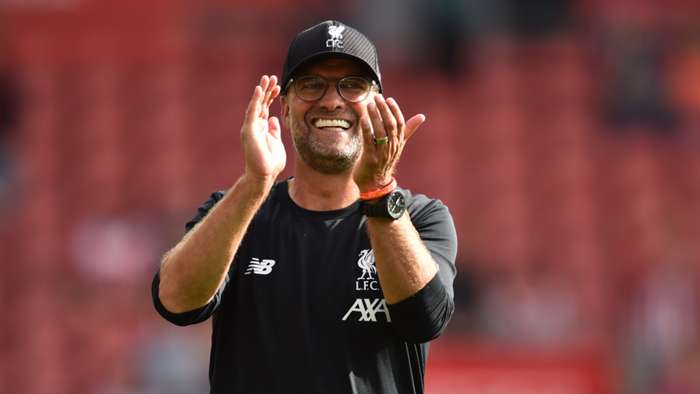 Lincoln City managerMichael Appleton has praised Jurgen Klopp for his post-match conductafter Liverpool claimed a 7-2 win against the League One club on Thursday in the Carabao Cup.

Appleton's team proved tougher opposition in the second half as they struck twice themselves, but didalso concedeanother two goals.

While some managers could revel in such a big win, Klopp was quick to pay tribute to Appleton at full-time and wished the club all the best moving forward.

"Jurgen just came over and said well played and good luck for the rest of the season, which is a nice touch from him," Appleton said via the Liverpool Echo.

"He’s done a great job there over the last few years. They had a good mix of experience and youth today.

"I thought we saw a masterclass of finishing from Liverpool in the first half. If we put a bucket in the top corner, they would have hit it every time. There were some fantastic finishes. You get punished by these types of sides.

"We got punished by one or two errors. But the reality is the difference in the first half was the finishing. I think all the goals apart from maybe the fourth goal were right in the top corner making it really difficult for Alex Palmerin goal.

"In the second half no doubt about it we created opportunities. We were really unfortunate to only score two goals and I felt sorry for our boys.

"The idea at the time was to try and win the second half and that was the simple message."

Klopp himself was impressed by Liverpool's performance on Thursday and stressed every player has a chance to play more regularly when they take their chances in fixtures such as this.

"My door is always open, if a player shows desire, because they all can play football, that’s why they are at Liverpool," Klopp said.