'A draw was the best we could hope for' - Tuchel shrugs off PSG defeat at Lens, addresses Florenzi & Guendouzi speculation

'A draw was the best we could hope for' - Tuchel shrugs off PSG defeat at Lens, addresses Florenzi & Guendouzi speculation 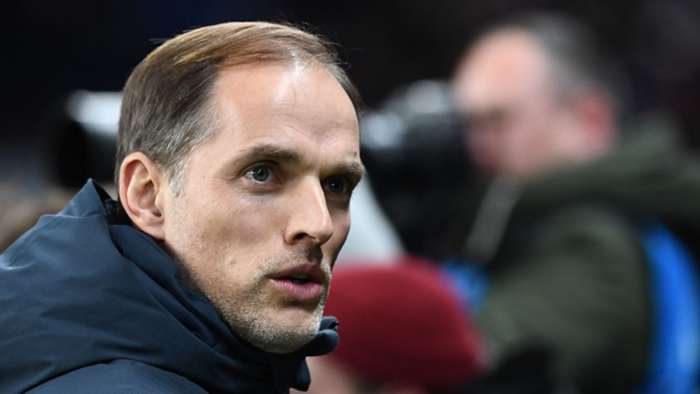 Paris Saint-Germain manager Thomas Tuchel says a draw was the best result he could have hoped for after seeing his side beaten 1-0 at newly-promoted Lensin their first Ligue 1 game of the season.

The Champions League finalists were without a number of key players after Neymar, Kylian Mbappe, Mauro Icardi, Angel Di Maria and Keylor Navas all tested positive for coronavirus.

A number of youngsters were brought into the starting XI to fill the ranks, but PSG’s patchwork side could only muster one shot on target.

Such an outcome was perhaps to be expected. Of PSG’s 29 goals scored in Ligue 1 in 2020 so far, only six were scored by players available for the game – Pablo Sarabia, Thilo Kehrer, Layvin Kurzawa and Ander Herrera.

Reflecting on the game, Tuchel didn’t seem overly surprised by the result.

“I don't think we could have done any better tonight,” Tuchel told Canal+. “I was happy with the first half we had. We controlled the game completely, and we had possession.

“We struggled to create scoring chances today. No opportunities? Yes, I agree. But we have a small group, and we are missing the players who make the difference.

“With a young team, we made a decisive mistake and we couldn’t take advantage of their mistakes. A draw is the best we could have hoped for.”

They also missed the chance to set a new French record. They had scored in each of their last 32 away games in Ligue 1, the joint-longest such run tied with Sedan between November 1957 and August 1959. One goal on Thursday evening would have seen PSG claim the record outright.

Tuchel will be keen to move on from the defeat, and he is now ready to bolster his understaffed squad.

He confirmed PSG are set to sign Roma captain Alessandro Florenzias a replacement for the departed Thomas Meunier at right-back.

“I hope that will be resolved. I am very optimistic for him,” he said.