A beginner's guide to football betting: How are odds created, what is the bookie edge and does the house always win? 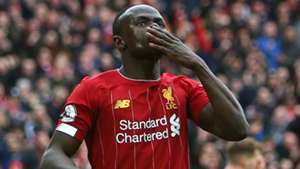 Since the first bookmakers began taking wagers on chariot racing and gladiator matches in Ancient Rome, betting on sport has become one of the most popular pastimes in the world.

The multitude of adverts and sponsorships within football has made gambling almost an integral part of the game, although it can still be daunting for new players.

What are odds and how are they created?

Odds are a bookmakers' bread and butter and represent the statistical likelihood an event happening, with the odds being created based on that chance.

Flipping a coin has two outcomes - heads or tails - and given the lack of other factors that can impact a coin toss, the chance of it landing on heads is 50% and the same is true of tails.

In gambling terms, this equates to Even Money because the chances of it landing on heads and tails is the same, and so if you bet ?5 on it and you are correct, you will win ?5 on top of your original stake being returned.

A football match result, however, has three outcomes (home win, draw, away win - also known as 1X2) and because it relies on aspects like player ability, the three potential outcomes are rarely offered at exactly the same odds.

In markets where there are only two sides, such as 'both teams to score', even if the bookies determine that there is an equal chance of either side happening then they will seldom offer Even Money on both, otherwise they lose their edge.

What is the bookie edge?

The bookmaker's edge, also known as margin, vigorish or juice, is essentially how the bookmaker profits on every market in every event offered and is calculated by determining the implied percentage chance based on the odds.

Referring back to the coin toss example, a bookmaker that offers this market would generally price each side at around 19/20 (1.95), which is an implied percentage chance of 51.3 per cent - slightly higher than the actual chance which is, of course, 50%.

Theoretically, then, the bookie edge would be 2.6% as that is the implied percentage chance of both sides added together minus 100% (the actual chance that one of the sides will happen).

If a bookie takes equal amounts of money on both sides, they will make around 2.6 pence for every ?1 wagered, as a ?1 bet will win the bettor 95p instead of the ?1 they would normally win if there was no edge.

For a three-way market such as match result, the edge varies anywhere between 5% and 20%, with a lower margin generally equating to better prices.

If a bookmaker takes considerably more bets on one side of the market than others, meaning they have more liability and will not guarantee a profit, they will adjust the prices to make the popular selection less attractive.

Does the house always win?

Generally speaking, the adage that the house always wins is true. The phrase comes from casinos where games are consistent across different companies and there is very little variation.

Almost every casino will offer roulette and the house edge in that game is the zero. Guessing which number the ball will land on pays out at 35/1 (36.0), but in reality there are 37 numbers to choose from.

Similarly, users can bet on red or black which pays out at Evens, but again the green zero means that - in the long run - the house will always win. If zero does come up, then the casino takes all the money wagered on red and black without paying out on them.

Football betting is more volatile and, as explained earlier, the variety of factors involved means that there is no "set price" for markets unlike in roulette.

It is still true that the house almost always wins in sports betting, particularly football, but that is not to say that punters always lose, even in the long term.

What should you bet on?

Deciding what specific matches and markets to bet on can be difficult thanks to the incredible amounts offered by bookmakers.

The basic theory, though, is that a bettor should try and create their own prices - known as tissue prices - for the matches they are considering betting on by taking into account aspects of the match, such as trends for both teams or whether home or away form is important.

From there, if a punter comes up with a price that is shorter than the actual price offered by the bookmakers, then that would be a market they should consider betting on.

For instance, a bettor could decide that Team A have a 50% chance of winning the match and so would price them at Evens (2.0), and if a bookmaker has them at 11/10 (2.10) then that would represent a value bet in the eyes of the punter.