A Champions League like no other? PSG's late show has Neymar & Co. believing again

A Champions League like no other? PSG's late show has Neymar & Co. believing again 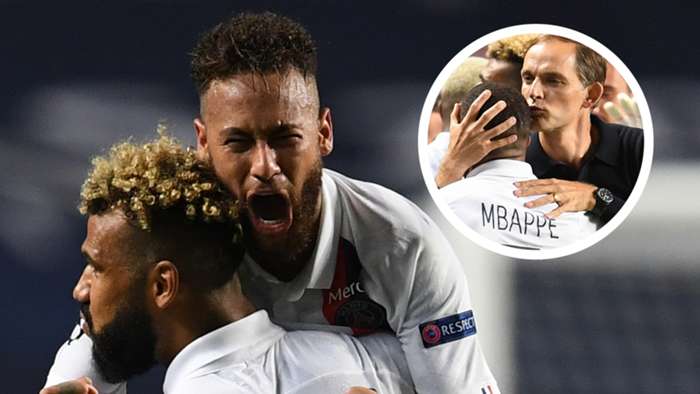 Paris Saint-Germain and stoppage-time goals in the knockout stages of the Champions League – it is a relationship that has hurt the French champions more than enough times in recent years.

One of the reasons why some fancied them to go all the way in this most unique of tournaments was that there would be no second-legs for Thomas Tuchel’s side to capitulate in.

They also found themselves in the favourable side of the draw and, unlike in his previous two seasons at the club, Neymar was fit and firing.

And yet, as the clock entered its final minute at Estadio da Luz, PSG were again staring down the barrel of an embarrassing Champions League exit.

Lowly Atalanta, leading thanks to Mario Pasalic’s superb curling strike midway through the first half, were on the cusp of continuing one of the competition’s great fairy-tale runs, and would have deserved to too.

But this is a Champions League like no other. And perhaps, just maybe, this is a different PSG too.

Tuchel’s team were far from at their best in Lisbon. Shorn of Kylian Mbappe, Angel Di Maria and Marco Verratti due to injury and having played just two competitive fixtures since May, they could been forgiven for being a little rusty in a less high-stakes environment or against a more high-profile opponent.

But the stars had aligned for them this year. All they had to do to reach the final was beat the third-best team in Italy and then the third-best team from either Germany or Spain. Fail and Tuchel, who himself is nursing a broken foot and spent the evening perched on a cooler inside his technical area, would be a literal sitting duck.

For much of the night, all signs pointed to this being another of those evenings for PSG. Neymar wasted a golden opportunity to open the scoring inside three minutes, which in turn left Mbappe stunned in the stands,before shanking three more efforts off-target when well-placed.

It was difficult to lay all the blame at his door given both Mauro Icardi and Pablo Sarabia offered next to nothing alongside him up front, but if the Brazil international was feeling any excess pressure without his usual partner in crime, Mbappe, it showed.

Mbappe was introduced from the bench with an hour gone, but the more PSG pressed, the more confident Atalanta seemed to become in defending their lead.

Bergamo has been praised for its resilience as a city during what became a living nightmare for its residents during the coronavirus pandemic, and for 89 minutes Gian Piero Gasperini’s usually free-scoring side looked like matching that on the pitch.

But just as the latest PSG were being written off, two unlikely heroes stepped up in their club, manager and star player’s hour of need.

First Marquinhos, who spent much of the night shielding the central defenders behind him, found himself in the right place on the edge of the six-yard box to force Neymar’s cross home after the Brazilian had been picked out at the back post by substitute Eric Maxim Choupo-Moting.

It was then left to Choupo-Mouting – for many a figure of ridicule given his status amongone of the most expensively assembled squads of all time - to send the Parisiens into raptures three minutes into stoppage time as he poked home following a fine link-up between Neymar and Mbappe down the left-hand side.

PSG are through, with Atletico Madrid or RB Leipzig awaiting them in the semi-finals and Mbappe potentially fit to start they will be many observers’ favourites to reach the final.

If they are to do so then they a huge improvement is required from almost every one of Tuchel’s players bar Neymar, though the ex-Barcelona man will likely be in for extra shooting practice this week.